A teenage actress jumps off the Golden Gate Bridge and is washed out to sea. Did jealousy lead to her death?
In Dante’s Hell, suicide victims are turned into dead trees that can still feel pain. The Harpies, birds with women’s faces, peck at their limbs for eternity. In Harpies’ Feast, the second in the Alexis Pope mystery series, Alex plunges into a mystery exploring teenage suicide and the torment of teen bullying.
Still grieving an unfortunate death, Alex befriends two theatre people visiting California wine country to work on a local production. Alex is drawn to the attractive lesbian playwright and grows protective of the teenage actress, the target of a group of mean local girls. 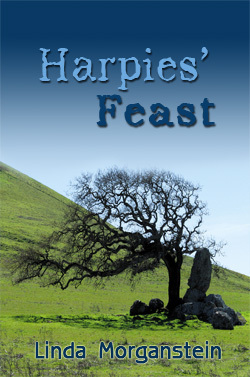